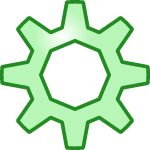 RISC OS is a lightweight operating system which runs on ARM-based hardware. Originally created by Acorn Computers in the 1980s to use on their Archimedes range of systems, these days RISC OS 5 is an Open Source project owned by RISC OS Developments and steered by RISC OS Open.

The OS will run on a range of modern development boards and other hardware, ranging from the ubiquitous Raspberry Pi to a purpose-designed motherboard – you can find details in the WROCC Guide to RISC OS Hardware. There are even emulators to allow the OS to run on top of Windows, MacOS and Linux systems.

On this page, you’ll find software to run on RISC OS – with RISC OS 3, 4, 5 and Six all catered for. The source code and the other bits needed to build the applications are available, and there’s also a collection of tools and documentation if you would like to start writing your own programs!

RISC OS is a hands-on operating system, and it’s fairly easy for users to write their own software for it. Most of my own titles are Open Source, or at least have the source code available, and there is information here on how to use it. There’s also some help for new programmers.

If you’re not interested in programming and just wish to use the software, then don’t worry – just skip to the software section below and download the ready-to-go archives!

There are plenty of guides to writing for the RISC OS Wimp using BBC BASIC, but not so many for those wishing to use C. Although still a work in progress, my guide to Wimp Programming in C starts at the beginning and builds up a simple application using the Desktop Development Environemnt, OSLib and my own Wimp C Library called – unimaginatively – SFLib.

The source code for a lot of my software is available on GitHub, along with all of the other bits needed to build it. A summary of all of the bits, and links to their individual repositories, can be found on the Build Tools page.

If you have access to the GCCSDK on a Linux system, or are willing to install it, then you can follow this guide to setting up my build environment.

Whether you’re working in BASIC or C, there’s a library here for you! WimpLib provides a range of routines for BASIC programmers, while those developing in C might prefer SFLib. These versions are for use natively on RISC OS from BASIC or the DDE – if you want to use them from the GCCSDK, then see the Build Tools instead.

New downloads were added to this section on 20 March 2022.

One aspect of the RISC OS Wimp which appears to be shrouded in mystery are pane windows for toolbars and boxes. This guide to Handling Panes was written having seen many questions in online forums over the years. The examples are in BBC BASIC, but should be applicable to any language which can be used to develop desktop applications.

If you’re just interested in using RISC OS software, then this site also contains a range of titles written by myself and others which are ready to use.

Anything which is still under active development will usually be tested on RISC OS 5, using a modern ARMv7 system. As far as is possible, software will also run on older versions of RISC OS, although there are a range of requirements which vary from title to title – see the individual download boxes for details.

Many of the titles here can also be obtained through R-Comp’s PlingStore application, which comes pre-installed on some modern systems – see www.plingstore.org.uk for more details. Some titles can also be installed from the RISC OS Open Third-Party Repository using a tool like PackMan.

Most of the software that I have written is released under the EUPL 1.2 licence, meaning that it can be freely copied and modified (although if you do make changes, it would be great if you could let me have them for inclusion in future releases). The source code can be found on GitHub.

Older items, and software for which I don’t hold the full copyright, may be released under different licences – please check before distributing anything further.

If you find anything here useful (or otherwise), please email me and let me know. I'm happy to receive bug reports and suggestions for improvements: my email address is at the bottom of this page and can also be found in the help file of every application.

An application written by Gavin Wraith and myself for Archive magazine. It searches the magazine and disc index files that are supplied on the monthly discs and is supplied on the Archive CD with the full indexes.

CashBook is a home accounts manager, which can keep track of income and expenditure across multiple accounts, using analysis headings to group transactions together. It features support for recurring transactions, budgeting and reporting.

The 32-bit conversion found here was done by myself.

New downloads were added to this section on 20 March 2022.

A replacement for the Help application that gives help in small ‘floating’ panes that follow the mouse. Fully supports the Interactive Help protocol, including the extra expansions that come with RISC OS 3.5 or later.

Some games that I have written over the years; most of the games play on the desktop, making them a good way to pass the time while not doing something else.

A comprehensive disc indexer that allows catalogues to be stored and viewed through an interface similar to the filer. Searching is possible, even through whole collections of index files.

Index has not seen any updates since the days of RISC OS 3, and does not support long filenames. It is not being actively maintained.

“Yet another application launcher for RISC OS,” Launcher can place panels of buttons around the sides of the desktop which slide in and out of sight as required.

A file search utility, that allows objects to be found that match criteria based on their name (including wildcards), size, date of modification, type, attributes and contents.

Build Wimp menu blocks on the fly from a simple text source file... Most likely to be of use to developers, MenuGen can be used with the menu load routines in SFLib and WimpLib.

A collection of odds and ends which do not fit into any of the other sections on this site.

A small utility for programmers, which works with Martin Avison’s Reporter to display the Wimp messages being passed around the system.

Although not on this site, I have contributed some code to the RISC OS front-end of the NetSurf web browser. Licensed under the GPL 2, it provides an efficient, compact and standards compliant cross-platform browser – see the project’s own website for more information.

A front-end to GhostScript, allowing documents to be ‘printed’ directly to PDF from RISC OS applications.

A tool to check and list the contents of StrongHelp files, compare them to a copy held on disc, and optionally update the disc files from the manual in order to keep them in sync.

A utility to create and solve Sudoku puzzles, written by Derek Baron and hosted here on his behalf.

A anniversary database, originally written by James Miskin and now maintained by myself.

An ARM BASIC tokeniser which provides an alternative to the built-in TEXTLOAD command. In addition to doing everything that BASIC can do, Tokenize will bring library code inline, substitute SWI names and build constants, and sanity check FN, PROC and variable names.

A collection of small applications, modules and patches that aim to make using the desktop nicer – honest.

A template editor originally written by Tony Houghton and developed further by Adam Richardson. I’ve since done some maintenance work, and this site provides a home for downloads.